Contents
Is Giving Birth To Twins Painfull ?
How long do twin births last?
How are twins given birth?
What is the safest way to deliver twins?
How difficult is twin pregnancy?
What is full term for twins?
How do twins sleep in womb?
Who is most likely to have twins?
What does having twins feel like?
What is the average twin birth weight?
Sources:

Is Giving Birth To Twins Painfull ?

Twins are two offspring produced by the same pregnancy.  Twins can be either monozygotic (‘identical’), meaning that they develop from one zygote, which splits and forms two embryos, or dizygotic (‘non-identical’ or ‘fraternal’), meaning that each twin develops from a separate egg and each egg is fertilized by its own sperm cell.

Since identical twins develop from one zygote, they will share the same sex, while fraternal twins may or may not. In rare cases twins can have the same mother and different fathers (heteropaternal superfecundation). 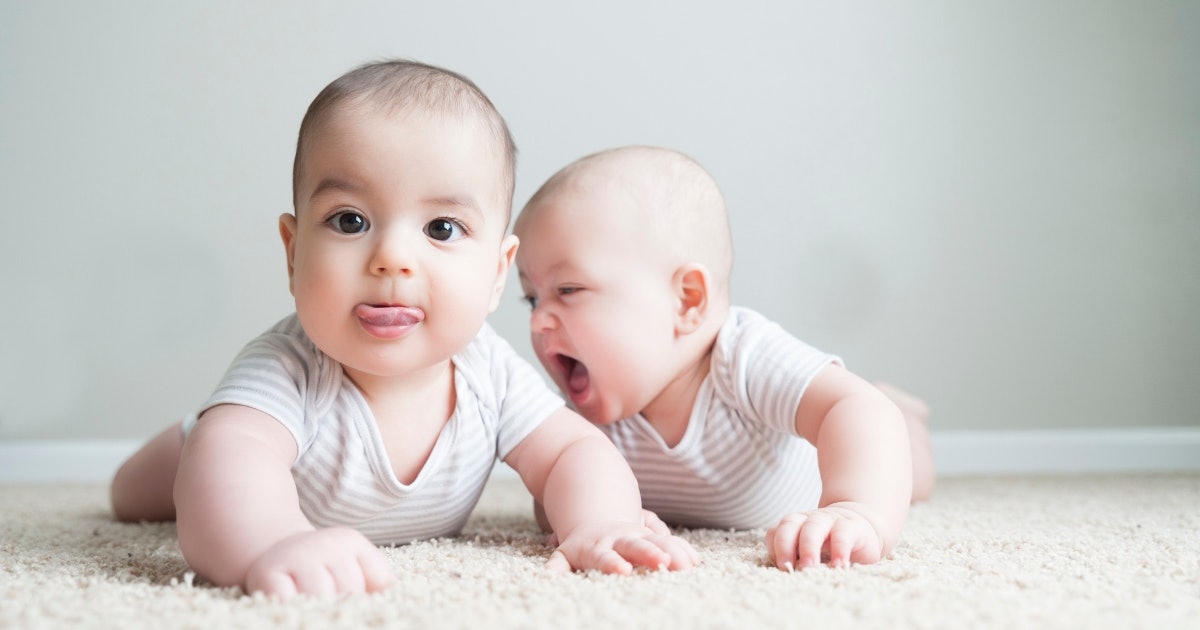 In contrast, a fetus that develops alone in the womb (the much more common case, in humans) is called a singleton, and the general term for one offspring of a multiple birth is a multiple.  Unrelated look-alikes whose resemblance parallels that of twins are referred to as doppelgängers.

Understanding your delivery options is crucial because twins are more likely to arrive early, frequently before 38 weeks. Only around half of twin pregnancies continue past 37 weeks.

There is a good potential that one or both of your babies may spend some time in special care due to the likelihood that they will be delivered early.

Early in your pregnancy, talk with your midwife or doctor about your birth options because twins are frequently delivered prematurely.

You should also talk about the location of your ideal birth. Given the increased likelihood of problems with a twin birth, you will probably be advised to give birth in a hospital.

A third of all twin births occur vaginally, and the procedure is comparable to giving birth to a single child. It’s typically advised to get an epidural for pain medication if you’re planning a vaginal delivery. This is because if there are complications, it will be simpler and quicker to help the woman deliver the baby if she is already receiving adequate pain treatment.

It is typical to think about having a vaginal birth if the first twin is cephalic (head down). Other medical factors, though, might preclude this from being achievable. It’s typically not advised to deliver twins vaginally if you’ve already undergone a caesarean section.

If you give birth vaginally, you could require an aided.

You can decide to have an elective caesarean at the beginning of your pregnancy, or your doctor might suggest one later on due to probable difficulties. If you’re having twins instead of a single child, your chance of having a caesarean is almost two times higher.

Depending on the babies’ positions, a caesarean delivery may not be necessary. You will need to undergo a caesarean section if the presenting baby—the one who will be born first—is in a breech position (feet, knees, or buttocks first), or if one twin is lying in a transverse position (with its body lying sideways).

You may also require a caesarean due to certain problems.

This could be because:

In very rare cases, you may deliver one twin vaginally and then require a caesarean section to deliver the second twin if it becomes distressed.

How long do twin births last?

This means you will have to push twice, but the majority of the time the second twin is born much more easily than the first. This is because the first twin has paved the way, so to speak. The average time between the birth of the first and second baby is generally about 17 minutes

How are twins given birth?

What is the safest way to deliver twins?

There is no place for external cephalic version of twin 1. Several studies have suggested that vaginal breech delivery of fetuses <1500 g is safe, whereas others suggest a poorer neonatal outcome for second twins delivered vaginally when in a nonvertex presentation.

How difficult is twin pregnancy?

Twin pregnancy is not just risky for the babies, but also for the mother. However, many of the risks to the mother are also risks to the unborn babies, since they can lead to premature labor, complications, or in the worst cases, fetal death.

What is full term for twins?

While 40 weeks is the full gestation period of the average pregnancy, most twin pregnancies are delivered at approximately 36 weeks (range 32-38 weeks depending on the type of twin pregnancy).

How do twins sleep in womb?

The most common way for twins to lie is both with their heads down – the best for birth. There’s not a lot of room in your womb, so it’s quite common for one or both babies to be feet or bottom down (breech).

Who is most likely to have twins?

Older women generally have a higher chance of conceiving twins. A 35 year old woman is about 4 times more likely to have fraternal twins than a 15 year old! That is because they are experiencing some hormonal changes as they near menopause. This could encourage their body to release more than one egg during ovulation.

Early signs of a twin pregnancy include severe morning sickness, quick weight gain, and more breast tenderness. You may also notice an increased appetite or extreme fatigue. Plus, those who have a twin pregnancy may begin showing sooner

What is the average twin birth weight?

Twins and triplets often don’t have a chance to reach a healthy weight before they’re born. While the average single baby weighs 7 pounds at birth, the average twin weighs 5.5 pounds. Triplets typically weigh 4 pounds each, and quads weigh 3 pounds each.

Laximedical
View More Posts
Laximedical is dedicated to making health and wellness information accessible, understandable and actionable so that readers can make the best possible decisions about their health. Our content is created, verified, and reviewed by qualified writers, editors, physicians, and other contributors.

Get our latest news straight into your inbox

Please input your email address. That email is already subscribed. Your address has been added.